In 1966, a driven young climber tired of scavenging for quality gear from mail order and army surplus, took a few thousand dollars and created a global cultural institution.

The North Face retail store at 308 Columbus Avenue in San Francisco’s bohemian North Beach neighborhood was a tiny space between blue-collar bars and Beat hangouts, but the grand opening signaled a grand future. On October 26, 1966 Doug Tompkins’ vision came to life in electric fashion as the Grateful Dead played live, Joan Baez socialized and the Hells Angels worked the door. The ascent began.

From the start, The North Face store served as a cultural meeting ground for the day’s best climbers and adventurers. With an in-house museum of historic hardware donated by Yosemite’s legendary climbers and a who’s who of American alpinism dropping by any day of the week, the store took on a life of its own.

We take a look back at the history of The North Face ski product, and legendary skier Scot Schmidt, sponsored by The North Face since 1983, when he burst onto the scene to redefine what skiing could be.

Within the mix of explorers, business leaders and innovators were other less public members of The North Face family, whose contributions were every bit as significant as those who stood on the face of Mt. Everest. Ingrid Harshbarger, one of the original The North Face design team members, is one such individual. Hired by Erickson soon after The North Face moved a few blocks from the original manufacturing facility on 1234 Fifth Street to 1011 Gilman Street in 1973, Harshbarger lent a sense of legitimacy to the group of self-taught textile designers. In a memorial for Harshbarger, written after her death in 2011, Erickson said, “At the time, all I knew about pattern making was what I had managed to figure out myself, and suddenly there was Ingrid. She exuded an air of professionalism and technical competence the likes of which we, The North Face hayseeds, had never seen before.” Harshbarger and Erickson were soon joined by sample maker Hisako Haskins, and the three worked together for more than 10 years, creating the original Gore-Tex® fabric Stowaway and Mountain jackets, the Bigfoot sleeping bags, and the Oval IntTENTion and VE-24 tents. Says Erickson, “A lot of famous climbers, outsized personalities, and adventurers of all stripes have walked through The North Face doors over the years,” Erickson says, “but none did more to establish the company’s early reputation for skilled design and fine craftsmanship than Ingrid.”

With additional product innovations including the Black Magic Pack (1976; first external frame pack with “independent suspension”), the Blue Kazoo sleeping bag (1977; no side baffles, allowing down to be shifted to top or bottom to adjust for insulation) and the second-generation dome tent VE-24 (1978), explorers and climbers could go farther, higher and stay longer with each technical evolution.

Skiers were soon to follow, with the release of The North Face Full Function ski wear in 1979. Additionally, the prior introduction of Gore-Tex® fabric to the product line in 1977 allowed The North Face to create the first dry, breathable and truly all-condition ski wear.

“Actually, I was totally opposed to getting into the ski market originally,” Klopp says, laughing. “The focus of the ski-wear market was all fashion at the time and I wasn’t sure our approach was going to fly. We went ahead and outfitted the Vail Ski Patrol in Colorado and the Hoodoo Ski Patrol in Oregon so we could test totally different conditions. What we found is the Gore-Tex worked equally well for both. The Squaw Valley guys—Scot Schmidt and the Egan brothers, particularly, were really interested in the gear. It took off from there and it became pretty clear our gear was perfect for serious skiers.”

Scot Schmidt and The North Face

Scot Schmidt changed the game with stunning descents and cliff jumps featured in such classic Warren Miller films as “Ski Time” and “Steep and Deep.” Having cut his edges studying the techniques of such original European “extreme” skiing legends as Sylvain Saudan and Jean-Marc Boivin, Schmidt used Tahoe’s cliff lines to redefine what could be done on a pair of skis. And with the launch of Extreme Gear, again utilizing Gore-Tex® fabric throughout the line, The North Face continued to set the standard for function on the slopes.

Product innovation continued in 1991 with the constant feedback loop of explorers, adventurers and a growing corps of Mad Ones. Steep Tech ski wear, a first-ever athlete-inspired ski clothing line by Scot Schmidt for The North Face took lift lines and rope lines by storm. Featuring a first-of-its-kind ventilation system, ergonomic compartments for radios and gear, plus a pack and harness system, Steep Tech was the culmination of hundreds of hours of innovation and discussion between Schmidt and The North Face design team. Schmidt described the jacket as “the motocross garment of the mountains, designed for those who live, work and climb in the mountains.”

Schmidt’s relationship with The North Face continues to this day, a testament to the strength of athlete/design/marketing engagement. Notes Schmidt, “It’s been a synonymous relationship with TNF; everything has gone hand in hand. I’ve been with The North Face now for 33 or 34 years, straight – no breaks. That’s huge, the longest running contract in skiing, I believe. Starting out, there were other brands, but none like The North Face. I mean with the tents, packs, sleeping bags, etc, they had everything you needed. They were the dream sponsor for me. And it’s been really good. I appreciate what they’ve done and their respect for me.”

The North Face in Australia and New Zealand

The North Face has sponsored the long-running freeride event previously known as The North Face Freeski Open. The event is now reaching new heights, welcoming skiers and snowboarders to the freeride festival at Queenstown’s The Remarkables Ski Field. The event, now coined The North Face Frontier is a Freeride World Qualifier event with 2* and 4* competitions.

For over a decade, the world’s top skiers have used the event as a stepping stone to the Freeride World Tour. In 2015 snowboarders were also invited to compete and the overwhelmingly positive response made it an easy decision to keep the snowboard competition as a permanent fixture.

To celebrate the 50th anniversary The North Face will be hosting a three-day exhibition open to the public in Sydney city, showcasing the history of the brand and screening documentaries of harrowing exploration from The North Face athlete team such as Meru, Valley Uprising and local Australian athletes James Castrission and Justin Jones’ Crossing the Ice.

As a throwback to the North Beach store opening, where the Grateful Dead played, Central Coast duo Winterbourne will be performing on the final night kicking off with a few covers from the iconic rock band, and closing the night with their own tunes. 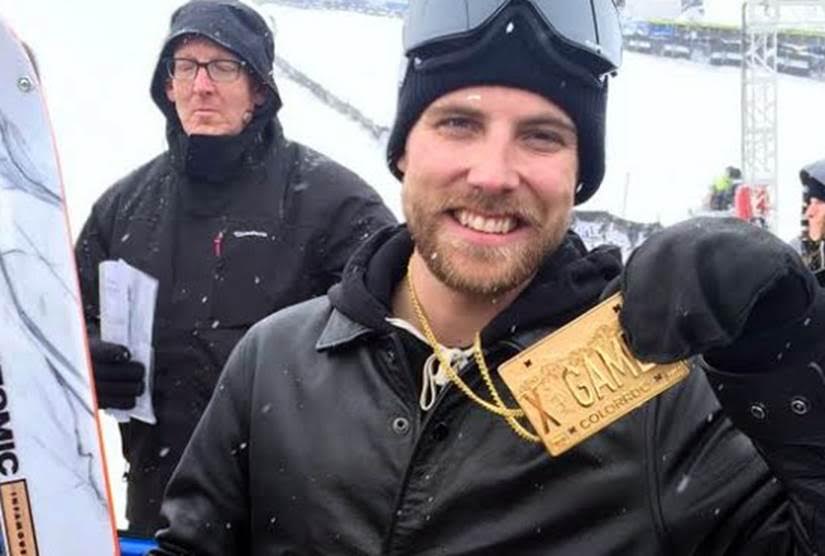 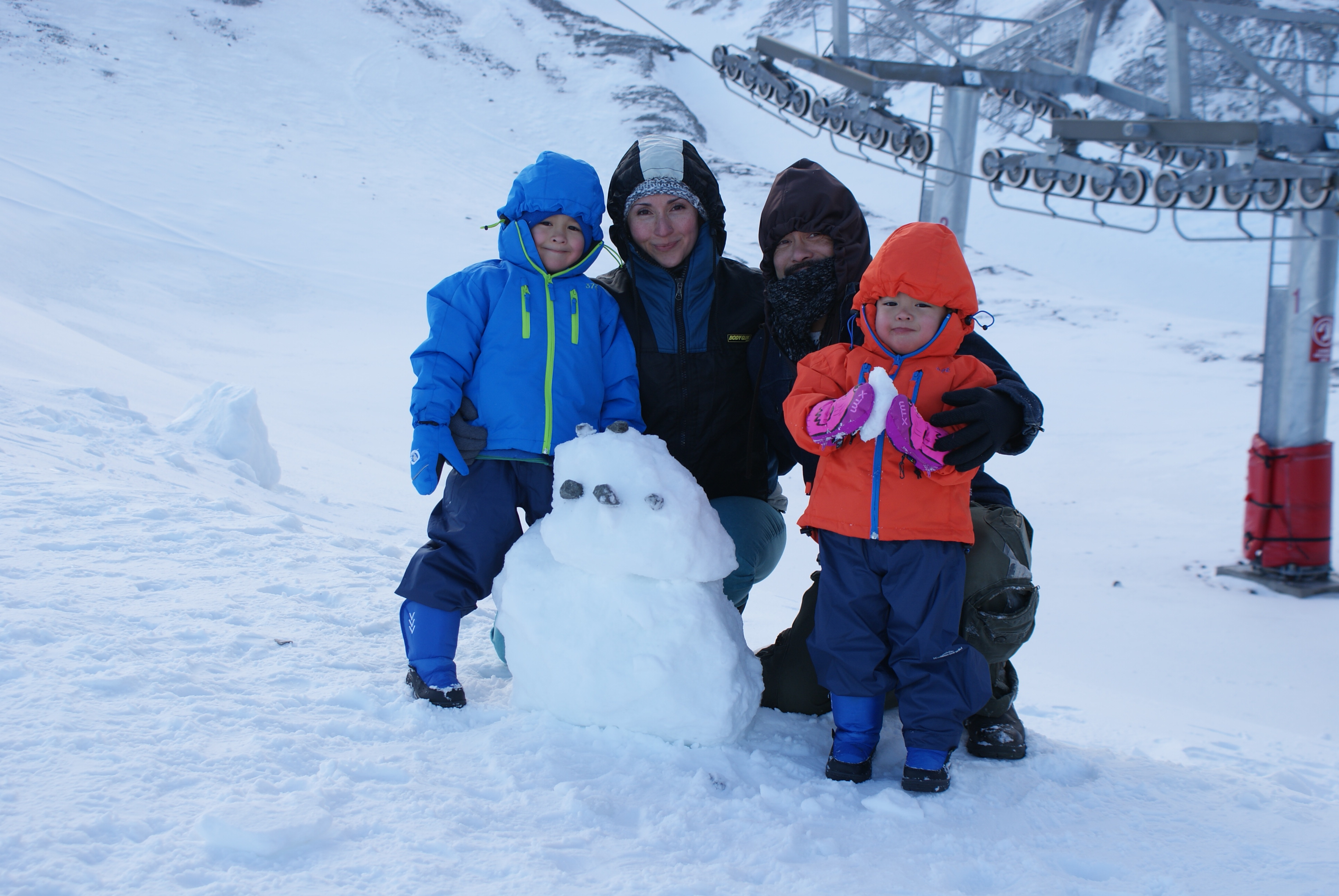 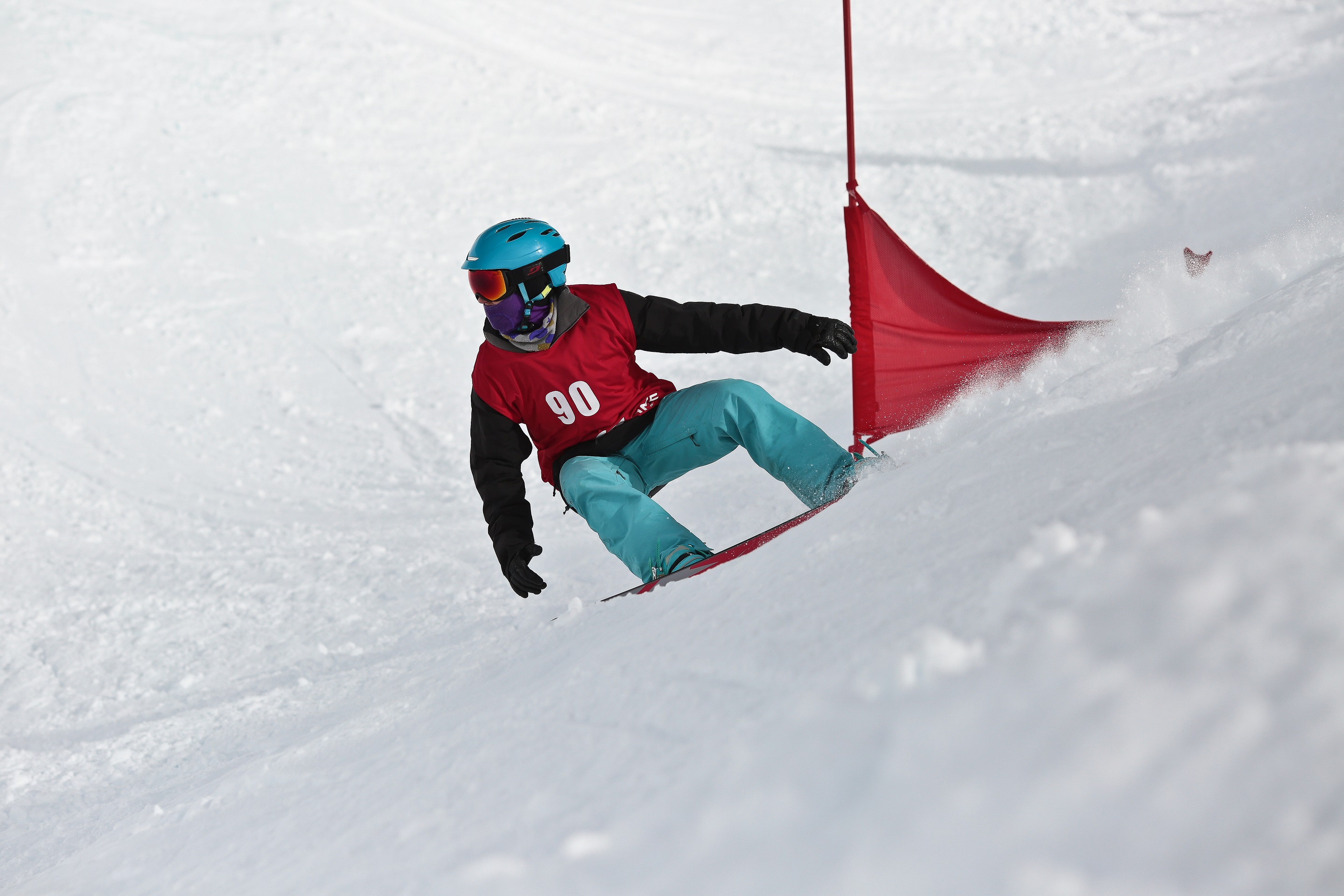